Dr Denise Sullivan has been named this year’s winner of the prestigious Dr Bob Elphick Medal.

“Dr Denise Sullivan is one of the unsung heroes of tobacco control in WA – a critical figure in program and policy development here and nationally, for over 25 years,” said Dr Williamson.

“Denise’s first job in the Health Department was from 1995 as Coordinator of the Quit Campaign that had a reputation from 1985 for running television commercials that graphically portrayed the health consequences of smoking.

“Denise continued and developed this approach when she was recruited to the Cancer Council WA to establish and implement the ‘Target 15’ campaign at the Cancer Council WA, later known as the ‘Make Smoking History’ Campaign to reflect a broader agenda – and because the 15% prevalence target had been achieved.

“From this role, Denise also coordinated the publication of some outstanding reports on the effects of tobacco, and she also added to her academic credentials with a PhD in public health from UWA.

Denise continued her commitment to tobacco control in WA when she returned to the Health Department in 2010 as Director of Chronic Disease Prevention, and more recently in her current position as Acting Assistant Director General.

“From this role she has overseen a wide range of tobacco control activities and programs, and has been a key figure in the development much of the policy progress that we have seen over the years, as well as supporting and supporting many other staff in the Health Department and elsewhere who work on tobacco and related issues,” said Dr Williamson.

In accepting the Dr Bob Elphick award, Dr Sullivan said, “I feel very privileged to have started my career in health in tobacco control; the calibre of people and maturity of the campaigning were unrivalled then and continues to be an exemplar to other public health causes.”

The Elphick Medal is awarded annually in memory of Dr Bob Elphick, a pioneering chest physician who was President of the Australian Council on Smoking and Health from its inception in 1971 and remained a driving force in tobacco control and advocacy throughout his life. 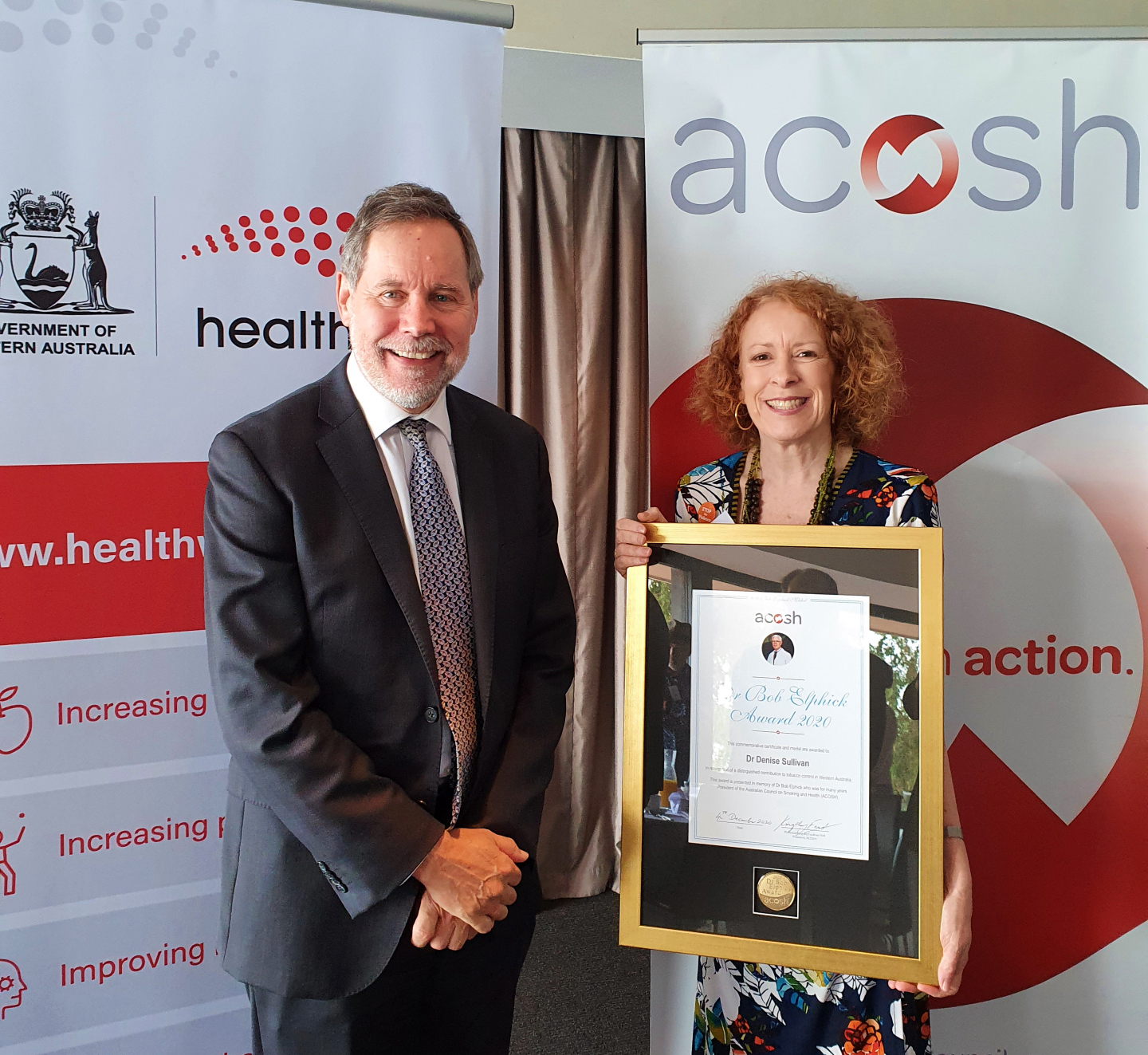