The new standardised packaging, which aims to make tobacco packs less attractive to consumers and no longer feature the colours and logos of various brands, have begun to appear across the country in accordance with the Public Health (Standardised Packaging of Tobacco) Act 2015.

The new boxes all appear in the same plain neutral colour and make health warnings more prominent. The new packages also feature graphic photographs of illnesses and diseases people develop as a result of smoking. 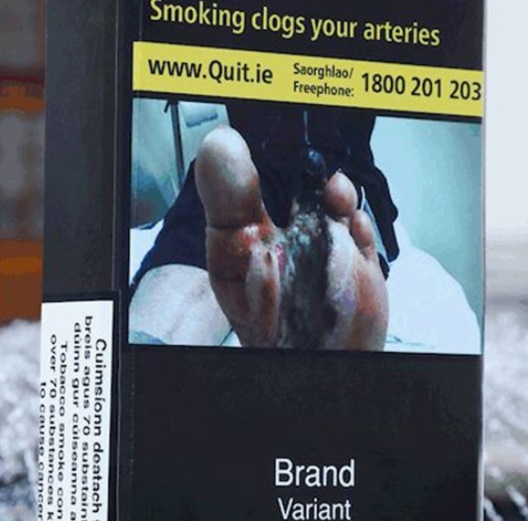 Minister of State at the Department of Health Catherine Byrne welcomed the introduction of the new packaging which she said made it clear that cigarettes are “bad for your health”.

“Our aim is to decrease the appeal of tobacco products, to increase the effectiveness of health warnings and to reduce the chances of consumers being misled about the harmful effects of smoking,” said Ms Byrne.

Ireland became the fourth country in the world to introduce plain packaging for tobacco products in September 2017. However, any products already manufactured by that date were allowed to be sold for another year.

From September 2018 all tobacco products will have to be sold in plain, standardised packaging.

E-cigarette users may be less likely to quit smoking, says a new study