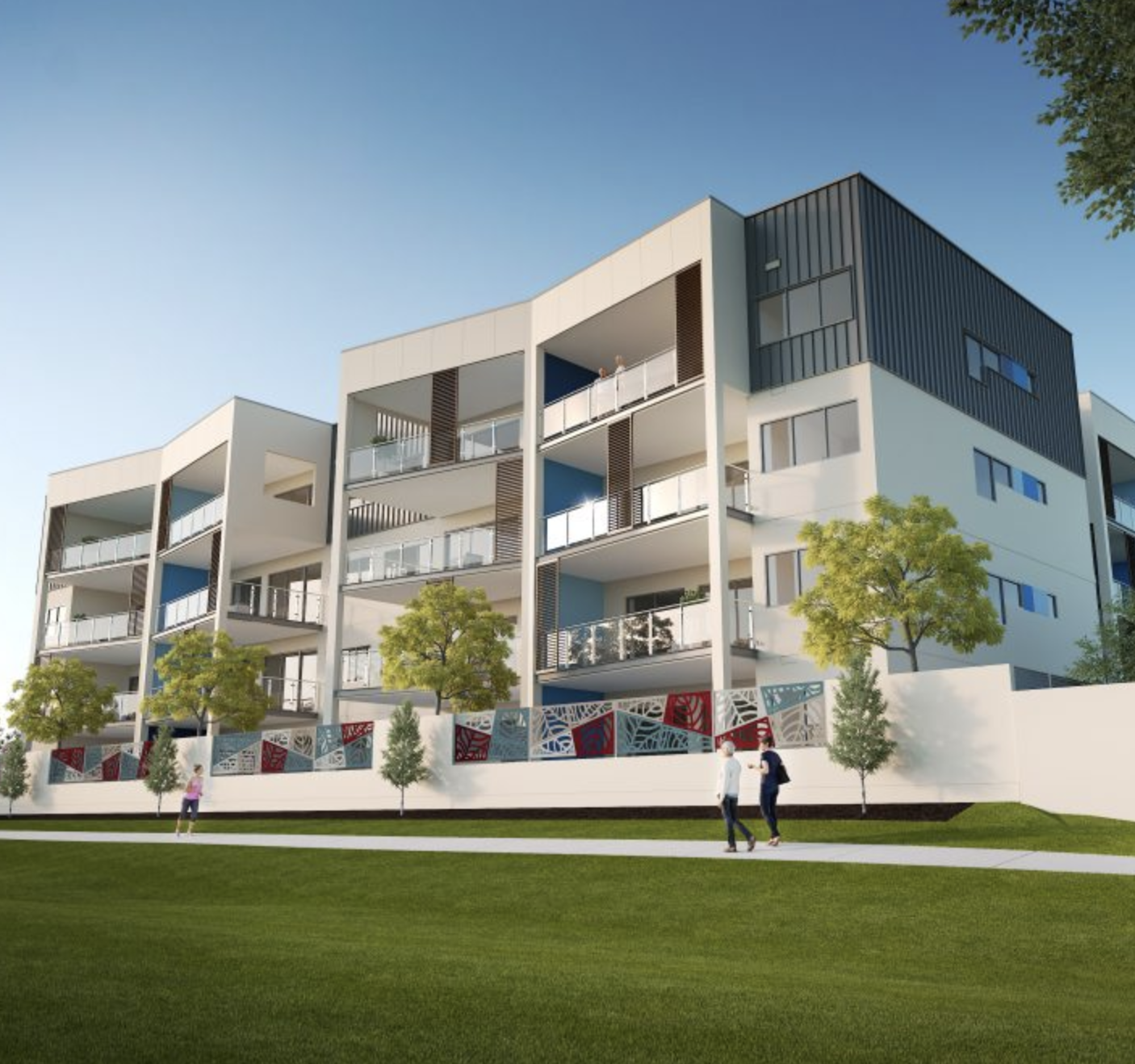 Alchera Living, a not-for-profit organisation that operates four independent living retirement villages in the City of Melville, is leading the way in Western Australia with its marketing of smoke-free apartments.

Its latest development, The Reserve at Weeronga in Willagee, is being marketed as a ‘breath of fresh air’ with its adoption of a comprehensive smoke-free policy as part of its commitment to promoting healthy lifestyles.

The Reserve holds 36 high standard apartments with sales presently underway. The smoke-free environment will ensure residents, carers, invitees, employees, board members, contractors and other visitors are protected from the dangers of exposure to second-hand smoke.

The policy was championed by Hon Barry Hodge, Former Minister for Health and current Board member of Alchera Living, who saw the opportunity with the new development to recognise the benefits of smoke-free multi-unit housing and contacted the Australian Council on Smoking and Health (ACOSH) for support.

“One of the most reassuring and encouraging facts to the Alchera Living Board was knowing that Mr Gary Dempsey, a leading Perth property developer, successfully developed and sold smoke-free multi-unit apartment complexes in Scarborough and North Fremantle,” said Mr Hodge.

“I am confident that the lead shown in Western Australia by Gary Dempsey in the development of smoke-free conventional apartment complexes, and the initiative shown by Alchera Living in the field of smoke free retirement apartments and villages, will pave the way for this to become the accepted, normal practice in this state and across Australia,” Mr Hodge said.

For more information about the developments by Alchera Living, please visit www.alcheraliving.com.au 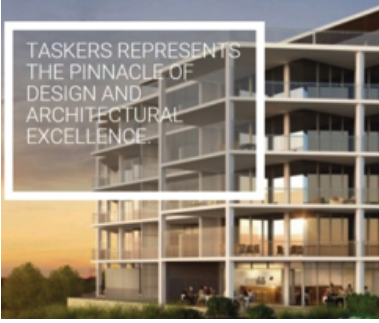 Public concerns about exposure to secondhand smoke, the reduction in the prevalence of smoking and the recent developments in strata laws indicate that smoke free housing is becoming highly acceptable in Australia.

According to Mr Dempsey, there is positive acceptance by the community for these projects. “We have lost sales contracts over the rule, but at the same time, other people have told us they think it’s fantastic.”

Mr Dempsey is committed to smoke free housing. After losing his mother, uncle and aunt to lung cancer, he decided to promote a smoke free and healthy lifestyle environment for the residents who chose to live within his development.

“I lost my mother when I was in my 20s, so that had quite a profound effect on my attitude towards smoking,” Mr Dempsey said.

Mr Dempsey has introduced non-smoking clauses in the property sales contract stating that smoking is not permitted on any part of the common property within the boundaries of any lot, including recreational areas and balconies.

The City of Melbourne Disinvests from Tobacco Industry 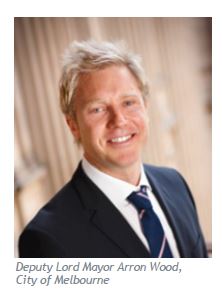 The City of Melbourne is a local government authority for central Melbourne in Victoria and the surrounding suburbs. The City works to ensure that everyone who lives, works or exercises within the area can do so without harm to their health or wellbeing.

Deputy Lord Mayor Arron was unaware of the substantial public funds invested in tobacco until he met Dr Bronwyn King, CEO of Tobacco Free Portfolios. However, once he did learn about this, he agreed that divesting from the tobacco industry was an obvious and essential decision.

Cr. Wood and his team researched this issue and developed a proposal for divestment from the tobacco industry. A representative from Cr. Wood’s team contacted the Australian Council on Smoking and Health (ACOSH) and Tobacco Free Portfolios for assistance and advice.

Following his research, Cr. Wood consulted with the Lord Mayor Robert Doyle AC, who supported this initiative wholeheartedly. This was then discussed with the other Councillors and on May 30 2017, a Notice of Motion was passed unanimously in Council.  It was also agreed that the investment policy of the City of Melbourne will be reviewed to prevent the Council from directly investing in any banks or institutions that support the tobacco industry. The Lord Mayor also wrote to the Premier of Victoria to affirm Council’s support on introducing legislation to formally ban accepting political donations from the tobacco industry.

In addition, Cr. Wood met with Vision Super, the default superfund of the City of Melbourne to inform them of the City of Melbourne’s decision. The Chief Financial Officer and his team are now responsible for ensuring this is enacted. The Chief Financial Officer is responsible for liaising with Vision Super for a smooth transition away from tobacco.

The Council of the City of Melbourne hopes that this initiative will influence local governments across Australia to implement tobacco free investments. This decision will put further pressure on the banking sector to consider their social responsibilities in regard to ethical investments. 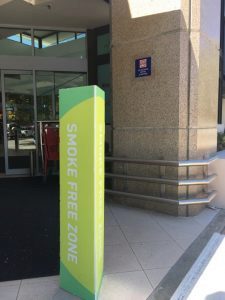 The South Metropolitan Health Promotion Service, City of Melville and Bull Creek Shopping Centre worked in partnership over a six month period to expand smoke free areas to include all footpaths, carparks and congregation areas surrounding the centre.

Observation and feedback from staff and visitors indicated smokers gathered around the three entry/exit points to the shopping centre, outside the TAB building and in the service corridor. This exposed visitors and staff to environmental tobacco smoke. Smoke also drifted into indoor smoke free areas. Feedback indicated shopping centre users wanted entry and exit areas that non-smokers could pass through without encountering environmental tobacco smoke.

The Bull Creek Shopping Centre developed and adopted a 20-metre smoke free policy to restrict smoking outdoors near entry and exit points and other high traffic areas like walkways, seating areas and the taxi rank. This strategy was designed to protect visitors and workers from the effects of environmental tobacco smoke. A public address (PA) system announcement was developed to remind smokers not to smoke within 20 metres of the building perimeter and colourful smoke free bollard signage and new WA Health signage reinforced the message.

A funding grant from the Australian Council on Tobacco and Health (ACOSH) supported the installation of compliance signage. 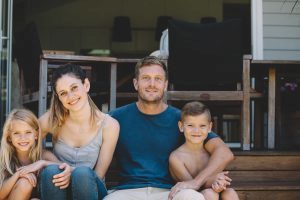 Several occupiers at Centre Park complained to the Strata Manger about constant exposure to second-hand smoke, concerned about the health effects the exposure was causing.

Strata Manager, Ms Liz Florence, Abodestrata, was familiar with the smoke free by-law process and applied for the Australian Council on Smoking and Health (ACOSH) smoke free strata incentives. The application was successful and ACOSH and a strata consultant assisted with the by-law process.

The best option for Centre Park was a smoke free schedule two by-law. This by-law was presented to the owners at the Annual General Meeting (AGM). To pass, the by-law needed to be approved by at least 50% of the voters and opposed by no more than 25%.  All present at the AGM passed the motion and a 28-day waiting period was required for any who were unable to attend. No owner opposed the by-law during the 28 days.

The aim of this smoke free by-laws was to create clean and healthy air in a shared environment. It is not intended to isolate people who smoke. Ms Florence, Abodestrata, and the Council of Owners acted on behalf of the 90 occupiers at Centre Park and the numerous daily visitors. 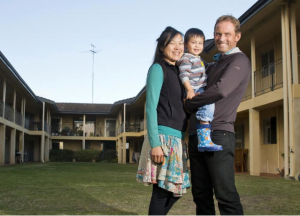 Oceanside is a strata complex in Perth, Western Australia. Residents enjoy its beach-side location, with great views and sea breezes. This enjoyment, however, was being compromised for a number of residents by the smoking of neighbours. As the units are very close together, and most owners ensure smoking doesn’t happen inside their units, the smoking happens just outside, which means tobacco smoke was regularly drifting into the units of non-smokers.

After being contacted by a number of concerned residents, over many years, the Council of Owners decided to consider introducing a smoke-free by-law. The Chair of the Council, Anthony James, contacted the Cancer Council, who in turn put him in touch with ACOSH. The Council was already fairly aware of the dangers and discomforts of second-hand smoke, though the information ACOSH provided was still sobering. This, along with the news of other efforts all around the country to go ‘smoke free’, and the small grant ACOSH offered to cover the costs of introducing such a by-law, affirmed the Council’s wish to act.

The Council of Owners deemed it their responsibility to ensure that the complex was a safe and healthy environment in which to live and enjoy, including for the young children that live there or visit and play on the common grounds. They also believed it would enhance the value of the property, given the increasing concern around this issue. And it would ensure any future liability for not acting, having become aware of the issues, was avoided.

At the same time, the Council remained conscious of those who wished to smoke. So they sought to introduce the by-law gradually, allowing time for people to adjust and get used to the new arrangements. This wasn’t about vilifying or making things difficult for smokers, just about making sure everyone had the ability to enjoy their home without the dangers and discomforts of second-hand smoke. There remain places outside the eat and west boundaries of the property that are available for people to smoke. And within each unit, if owners are inclined to permit that.

After a successful application for the ACOSH smoke-free strata incentives, Mr James and the Council of Owners at the complex successfully adopted a schedule two by-law at their recent AGM. The schedule two by-law prohibits the use of tobacco products on common property and also states that proprietors and occupiers shall ensure that the use of any tobacco products on their lot does not interfere with the peaceful enjoyment of others. The Council was successful in making the complex a safer and healthier environment for all, protecting the residents and visitors from the harmful effects of second-hand smoke.